WHO WANTS TO WIN?

A 4-book print set of GAMELAND

Happy holidays! Here's another massive giveaway and it's only being announced to subscribers of my newsletter, the Tanpepper Tidings. There are 4 prizes this time: 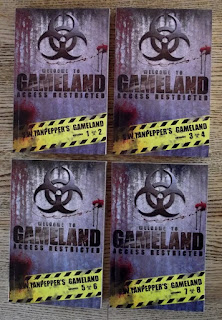 (note: If you haven't subscribed to my newsletter, you can do so here. Members get exclusive access and are the first to know about special offers and giveaways.)

This contest runs for two weeks (thru the first week of January). Good luck! And happy reading!


Terms and conditions:
No purchase necessary. Click to be entered. Additional entries for posting links to book reviews. To be fair to everyone entering, all entries by winners will be verified. Winners will be announced on Facebook and will be contacted directly by email. Good luck!
Posted by Unknown at 11:11 AM 48 comments:

Who wants a signed copy of Contain?

Condemn, the second book in the BUNKER 12 series goes live today, and to celebrate, I'm giving away a signed copy of the first book, but I'm only announcing this to subscribers of my newsletter, the Tanpepper Tidings. 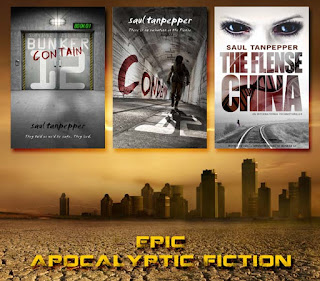 (note: I know this page isn't secret, but it doesn't get much traffic, so it's as close to secret as it gets. And if you happened to stumble across this by accident and you want in on future exclusive goodies [plus a free ebook starter library], then you can subscribe to my newsletter here.)

This contest runs for one week (thru 11/20). Good luck! And happy reading!

a Rafflecopter giveaway
Posted by Unknown at 12:45 PM 9 comments:

Links to this post
Email ThisBlogThis!Share to TwitterShare to FacebookShare to Pinterest
Labels: bunker 12, condemn, contain, giveaway, rafflecopter, the flense 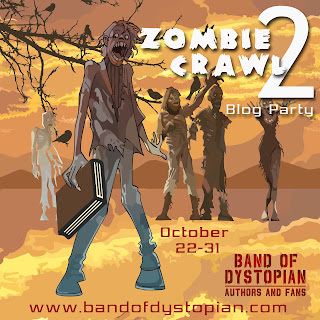 Links to this post
Email ThisBlogThis!Share to TwitterShare to FacebookShare to Pinterest
Labels: band of dystopians, blog, crawl, zombie

The Loneliness of the Long Distance Rotter - Are Zombies Self-Aware?


The Loneliness of the Long Distance Rotter


Alan Sillitoe’s short story, The Loneliness of the Long Distance Runner, was required reading when I was a freshman in college, and one with which I had formed a profound and abiding intellectual connection. I was a budding scientist working on an ecology project deep in the backcountry above Santa Barbara, California. The site was quite remote, requiring a ninety-minute hike through some fiercely dense scrub along the bottom of a seasonal creek named after the cut it had dug through the rock, Rattlesnake Canyon. I often lost myself inside my own head during those hikes and would be startled upon reaching my destination having only the faintest memory of the ground over which I had just traversed. (At least until the day I stumbled upon an actual rattlesnake sunning itself in my path, but that’s different story.)

Suffice it to say, there was a period of time after finishing Runner that I entertained taking up the sport of cross-country. Fortunately, twenty minutes later, the takeout pizza I had ordered was delivered, and sense returned to me. So ended my brief foray — well, mental exercise — into track-and-field.

Fast forward roughly thirty years and once more I find myself revisiting that story, its main character Smith, and the theme it embraced— not of what it must be like to be a working class young man in 1950s England, but the mental processes that Smith uses to escape thinking about his dismal prospects beyond petty crime. As a writer of zombie fiction, I can’t help but wonder what it must be like to be trapped inside the mind of one of the undead slogging through the apocalypse, nothing to do but to contemplate a future far bleaker than Smith’s, no hope and only the slimmest promise that the slow eternal jog through hell will eventually lead to some blessed salvation.